Here at Leyton Fasteners we have, over the years, built up a significant stock of Imperial fasteners which are not commonly in use today, including  British Standard range comprising BSW, BSF and BA. Some of our industrial trade customers still use them to this day, however many have moved over to using the more common and readily available metric range, hence the stock mentioned above.  We have also sourced new suppliers of this stock in a variety of materials.

We receive lots of enquiries from people who have older equipment and machinery that they want or need to keep running and are often able to satisfy their needs from our own stock. Additionally we are often able to source or have items manufactured that have been exhausted from our stocks, therefore keeping up our ability to supply these products.

The Whitworth thread was the world’s first national screw thread standard, devised and specified by Joseph Whitworth in 1841. Until then, the only standardisation was what little had been done by individual people and companies, with some companies’ in-house standards spreading a bit within their industries. Whitworth’s new standard specified a 55° thread angle and a thread depth of 0.640327p and a radius of 0.137329p, where p is the pitch. The thread pitch increases with diameter in steps specified on a chart. 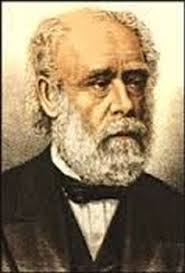 The Whitworth thread system was later to be adopted as a British Standard to become British Standard Whitworth (BSW). An example of the use of the Whitworth thread are the Royal Navy‘s Crimean War gunboats and with the adoption of BSW by British railway lines, many of which had previously used their own standard both for threads and for bolt head and nut profiles, and improving manufacturing techniques, it came to dominate British manufacturing.

The British Standard Fine (BSF) has the same thread angle as the BSW, but has a finer thread pitch and smaller thread depth. This is more like the modern “mechanical” screw and was used for fine machinery and for steel bolts.

The British Association screw thread (BA) standard is sometimes classed with the Whitworth standard fasteners because it is often found in the same machinery as the Whitworth standard. However it is actually a metric based standard that uses a 47.5° thread angle and has its own set of head sizes. BA threads have diameters of 6 mm (0BA) and smaller, and were particularly used in precision machinery.